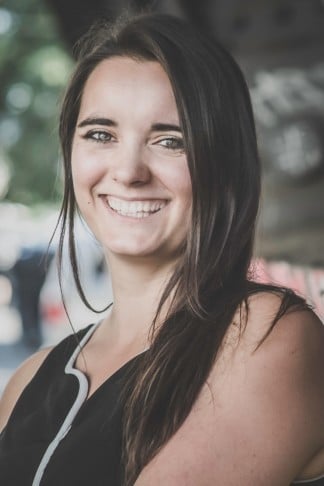 Lilli Unwin is a singer & songwriter producing multi-genre music which fuses jazz, folk & pop amongst many others. Her EP ‘it may not always be so’ was described as “a beautiful collection of songs featuring a wide array of styles and soaring melodies that stay with you long after each listen” and Lilli “…a refreshingly authentic, tender, and fearless songwriter…” by Grammy-nominated US artist Becca Stevens.

As a performer, Lilli has toured the UK to Jazz Festivals in Cheltenham and Manchester, and venues including Birmingham Symphony Hall Foyer. Other performances include Ronnie Scott’s, Southbank Centre, Hoxton Bar and Kitchen, Shambala Festival UK, 55 Bar in New York, Rotterdam’s A Festival Downtown, and Brainchild Festival. Lilli was one of 14 artists to be selected for a residency with Mercury Prize-nominated artist ESKA.

As part of the acclaimed choir London Vocal Project, she performed in the world première of Jon Hendricks’ Miles Ahead in New York, produced by Quincy Jones, as well as performances with Dave Holland, Norma Winstone, Nikki Illes, New York Voices, and the Swingle Singers.

In addition to writing, performing, recording, and collaborating, Lilli’s educational work is vast; including vocal coaching, choir leading & workshop facilitation. Clients include community members in her choir Our Voice Choir to professional singer songwriters. Alongside graduating from Trinity Laban Conservatoire of Music and Dance, with a TCM Trust Silver Medal in Jazz, Lilli undertakes regular training and professional development including courses in Kodály, production & Vocal Health First Aid accreditation. Her approach is about unlocking the potential she sees in others, building skills, and enabling them to find their vocal/creative freedom.