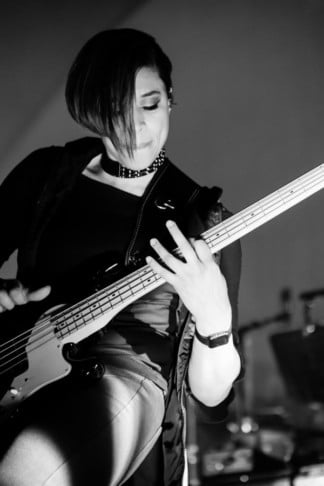 UK Bassist Yolanda Charles has been working as a session musician since 1990 starting
her career playing for Jimmy Sommerville, Aztec Camera and Paul Weller.

Yolanda’s more recent work includes performing live with composer Hans Zimmer and
working on various film soundtracks including “A Knight’s Tale” “Alfie” “Home” “Boss Baby”
I & II and most recently Dune. Between 2017 and 2019 she recorded and toured with
British band Squeeze.

Her current work includes writing and performing as leader of funk/RnB band – PROJECT PH. She runs a mentoring and music business consultancy, whilst continuing to accept some session work.

In 2020 Yolanda was a recipient of an MBE for services to music.