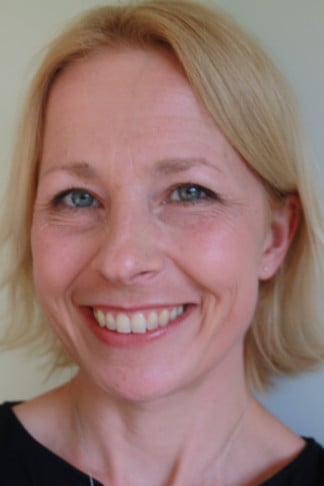 Anna Salmi was born in Hyvinkää, Finland. She started her violin studies at the local Music School where she studied with Tuire Arpalahti and Ulla Hannula. In 2000, Anna moved to London for professional studies with John Crawford at Trinity College of Music, also benefitting from lessons with Gillian Findlay. Anna completed her Masters’ Degree in Violin Performance at the Royal Academy of Music, studying violin with Professor Erich Gruenberg OBE, and viola with Yuko Inoue. At the Academy, she also engaged in regular masterclasses with Professor Thomas Brandis.

Anna enjoys a varied freelance career combining performing with teaching, coaching and conducting in many different contexts and forms. She undertakes session work, performing a wide range of musical styles from classical to pop, folk & rock, and beyond, and has recorded music for films and TV at various London studios. Anna’s eclectic performance career has taken her from performing as a kantele soloist for the London Philharmonic Orchestra at the sold-out Royal Festival Hall, to partnering in a duet with the co-leader of The London Symphony Orchestra, Mr. Carmine Lauri, at the Barbican Centre in London, as part of the Genius of the Violin Festival. In addition to being a founding member of the Lumi String Quartet and Trio Animé, Anna has been a member of various other ensembles, including Trio Artdesamis, ‘Gershwin & Friends’, The Longbow Ensemble and Peter Lucas Band, with whom she has appeared at many of London’s vibrant rock venues. Anna’s other projects have included composing music for and performing on stage with the modern dance company Beyond Repair Dance and collaborating with the New York-based visual artist Andrea Burgay.

Anna loves teaching and sharing music with young people; she holds a LTCL in Violin Teaching as well as a Colourstrings Violin Teacher certification. In addition to teaching violin at Junior Trinity, she also conducts orchestras and directs chamber music at The American School in London. Anna’s passion for music education has taken her around the world; she has toured all over Europe and Asia coaching International Youth Orchestras and working with talented young string players. Anna has been invited to adjudicate and to give performance masterclasses at String competitions in The Hague, Netherlands, as part of the International Solo and Ensemble Festival, and in 2021 served as a string adjudicator in the inaugural world-wide AMIS Solo and Ensemble Festival.

A life-long learner and explorer, Anna’s adventures have taken her from the European Brain Conference in Frankfurt with a focus on the biology of learning and the brain, to Harvard University to study arts-based learning with Yo-Yo Ma and the Silkroad Ensemble. Anna recently completed a year-long, intensive Orchestral Conducting Course studying under the tutelage of Denise Ham, Christopher Seaman, Dominic Grier & Colin Metters.