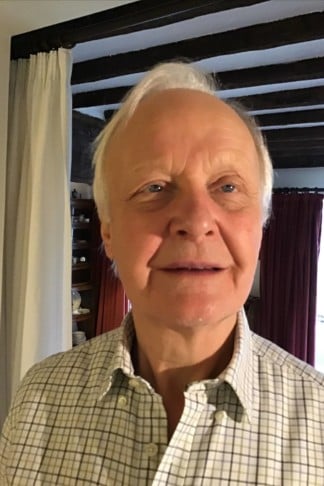 Christopher Underwood’s Professorship at the Royal Conservatoire of Scotland reflects his seventeen years there as Head of Vocal Studies and his career-long specialism in the study and performance of Mélodies Françaises. His studies in Paris with Pierre Bernac and Camille Maurane and in Switzerland with Hugues Cuenod, followed his previous appointment as Assistant Head of Vocal studies at the RNCM and his being awarded the Prix Mélodies Françaises at the Concours International de Paris. Further successes in the English Song Award, and the prestigious singing competition at Snape Maltings, led to a busy performing career throughout Europe. This took him to the Albert Hall, The Wigmore Hall, the Festival Halls and the Cheltenham Festival. He toured Italy with the Tölzerknabenchor and in France gave a recital in the Salon of the Princesse de Polignac and performed Fauré’s Chansons de Venise for Prince Louis de Polignac in his Chapel in Brittany.

Meanwhile his reputation as a teacher has taken him to Pesaro, Rostov on Don, Buenos Aires, Melbourne and Wellington. He is in demand for juries of major international compétitions and as External Examiner in major Conservatoires throughout Britain.

He assisted Betty Bannerman whose French Song class at the RNCM was inspired by her years of study with Claire Croiza, a singer who had performed with Honegger, Poulenc and Duparc.

Christopher’s principal as performer and teacher is that learning to sing should have as a priority not only how the voice works, but why we do it at all!